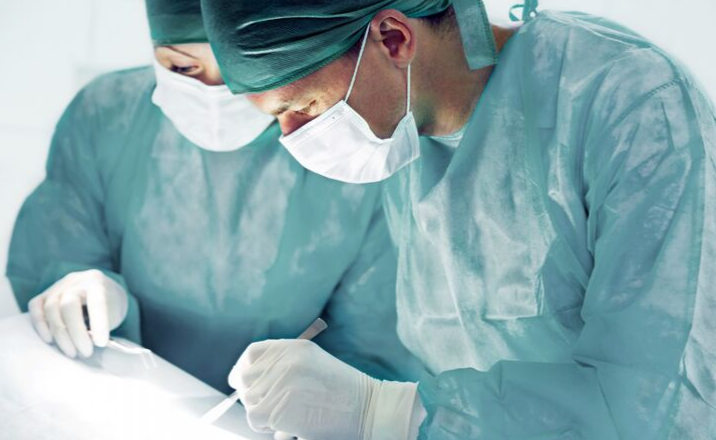 Medical care is the third leading cause of death in the U.S. If you or a loved one has suffered harm you can be compensated for your loss.

Facts: Plaintiff underwent Lasik surgery by the defendant doctor. During the procedure, a complication occurred where the corneal cap detached from the eye. The defendant doctor failed to properly respond to this complication resulting in permanent partial loss of vision. As a result, the plaintiff lost his job as a Chicago police officer. Also, a settlement was reached with the manufacturer of the machine used during the procedure for an undisclosed amount.

Facts: A woman was pregnant when she arrived at Trinity Hospital with contractions. Her labor was induced but the fetus did not tolerate labor and showed distress. A C-section delivery was delayed for nearly 7 hours. The baby was delivered and birth is severely delayed. The patient arrested during delivery and died from an amniotic fluid embolism.

Facts: A 49-year-old woman underwent laparoscopic sleeve gastrectomy surgery at a Will County hospital. The plaintiff was taken off Coumadin prior to the surgery and was discharged without being put back on Coumadin. As a result, she suffered extreme and catastrophic losses that included compartment syndrome and extensive deep vein thrombosis that necessitated bilateral above-the-knee amputation of both of her legs. Largest verdict in the history of Will County.

Facts: A 5-year old Chicago boy suffered a severe brain injury during birth after hospital staff members mixed up his heart rate with his mother’s pulse. The malpractice complaint against Northwestern Memorial Hospital contended the baby was not breathing when he was born and that emergency staffers were not prepared to resuscitate him because of the monitoring error. The 7-minute lapse without oxygen caused the child to suffer cerebral palsy, leaving his arms and legs paralyzed.

Facts: The plaintiff was having a cervical fusion revision at Northwestern Memorial Hospital when his head dropped from neutral to 80 degrees.

Facts: A young woman gave birth to a daughter at the University of Chicago Hospitals in 2003. The newborn died thirty days later from a rare medical condition. The hospital then ignored the mother’s request for an autopsy and buried the infant in a mass, unmarked grave without the mother’s knowledge or consent.

Facts: A forty-two-year-old mother of three presented at the emergency room with chest pain. The hospital staff failed to provide an EKG immediately and provided a drug that sped up the heart. The plaintiff suffered a myocardial infarction and suffered brain damage.

According to the Journal of Patient Safety, between 210,000 and 440,000 patients each year who go to the hospital for care suffer some type of preventable harm that contributes to their death. This would make medical care the third leading cause of death in the United States, behind cancer and heart disease.

We put our complete trust in doctors and medical personnel and we put our lives and the quality of our future in their hands. Many medical professionals do an extraordinary job, often under trying circumstances, and they can save our lives. However, mistakes can be made. And, unfortunately, mistakes are made far more often and more tragically than we know. Most of us are at a complete disadvantage in understanding whether we have received adequate and mistake-free care.

Your Plan attorneys have access to the very best medical experts in the country who can determine whether you or a loved one has received the proper care and whether negligence has occurred. Medical Malpractice can occur in many forms, from a missed diagnosis, poor treatment, or from a surgical error. Any form of error can lead to devastating results, including death.

If you have suffered harm during your medical care please contact us immediately.

Thank you for registering to CBA

This website is an independent, advertising-supported comparison service. Offers shown here are from third-party advertisers and valid only in the US. We are not an agent, representative, or broker of any advertiser, and we don’t endorse or recommend any particular offer. Information is provided by the advertiser and is shown without any representation or warranty from us as to its accuracy or applicability. Each offer is subject to the advertiser’s review, approval, and terms. We receive compensation from companies whose offers are shown here, and that may impact how and where offers appear (and in what order). We don’t include all products or offers out there, but we hope what you see will give you some great options.

Comprehensive Benefits of America has carefully vetted vendors in its Marketplace for maximum value for its members. It is the mission of CBA to help you make educated financial decisions to improve your financial wellness. The affiliate compensation or commissions we receive help us pay our administrative expenses and enable us to continue to offer our Marketplace for your benefit.